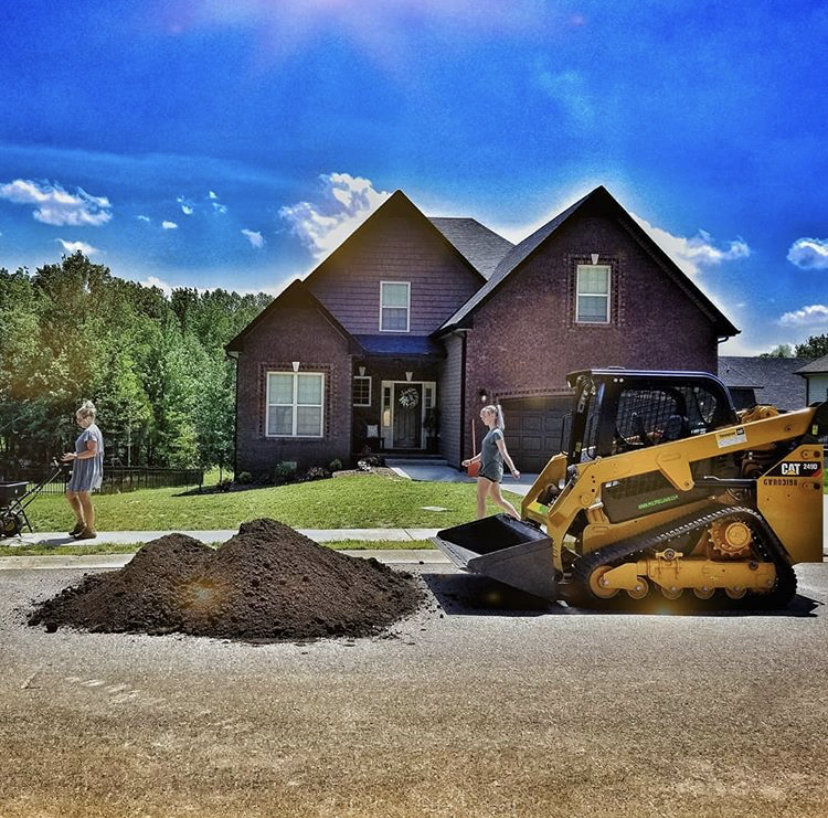 After 20+ years of dedicated service to his country in the U.S. Army, Brian Boase knew just because he was retiring from military service didn’t mean he was going to stop serving those around him. Only now, Brian had his hopes set on serving his local community in Clarksville, TN by pursuing a passion of hard work and a lot of dirt. Luckily for him, his wife, Kristy, was up for a new challenge and she brought her own expertise of landscaping and a shared love for serving others to the table. And so, MIL-SPEC Landscaping was created.

Brian and Kristy Boase both grew up in the same part of Michigan, attended the same high school together, and basically have known each other their entire lives. They had a lot in common too, and having an equally shared passion for service and others, they both naturally ended up serving in the military after school.

Brian began his 22-year military career first serving as a Private in the U.S. Army. He recalled, “I never thought I would stay for as long as I did, but before I knew it, 10 years flew by.” Throughout his 22 years of service, Brian served in numerous roles and found himself in many exciting (to say the least) adventures: He served as a paratrooper in the 82nd Airborne, parachuted into Germany with the German Army, served in the Republic of Korea, fought in Iraq with a Stryker Brigade Combat Team, fought in Afghanistan with the 101st Air Assault Division (Airborne), served in roles ranging from Platoon Sergeant to Lethal Targeting Officer to Deputy Director of Fusion Cell and everything in between, along with traveling and being stationed all over the world. “Basically,” Brian reflected, “I’ve led a colorful life.”  During his time in service, Brian also obtained two degrees—an Associates degree and a Bachelors degree— both from Liberty University.

Meanwhile, Kristy served her years in the Army as a Haglund Crane operator – you know, the giant crane that offloads ships – at Fort Story. After serving her time in the Army, Kristy spent much of her post-military career working at Budweiser. And later, in corporate management, mastering numerous business and marketing positions.

Brian and Kristy have been married for eight years, and now have 3 teenage daughters— “Yes, it’s as crazy as you think it is,” Brian laughed. 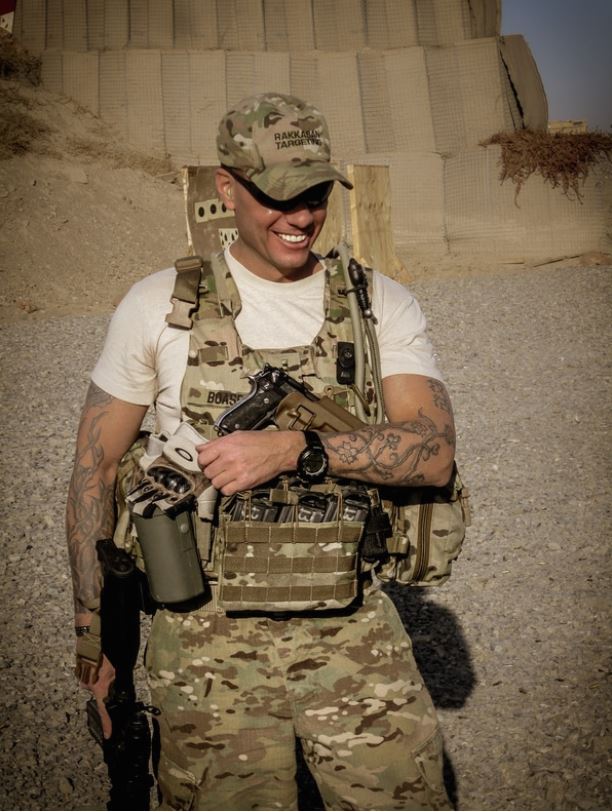 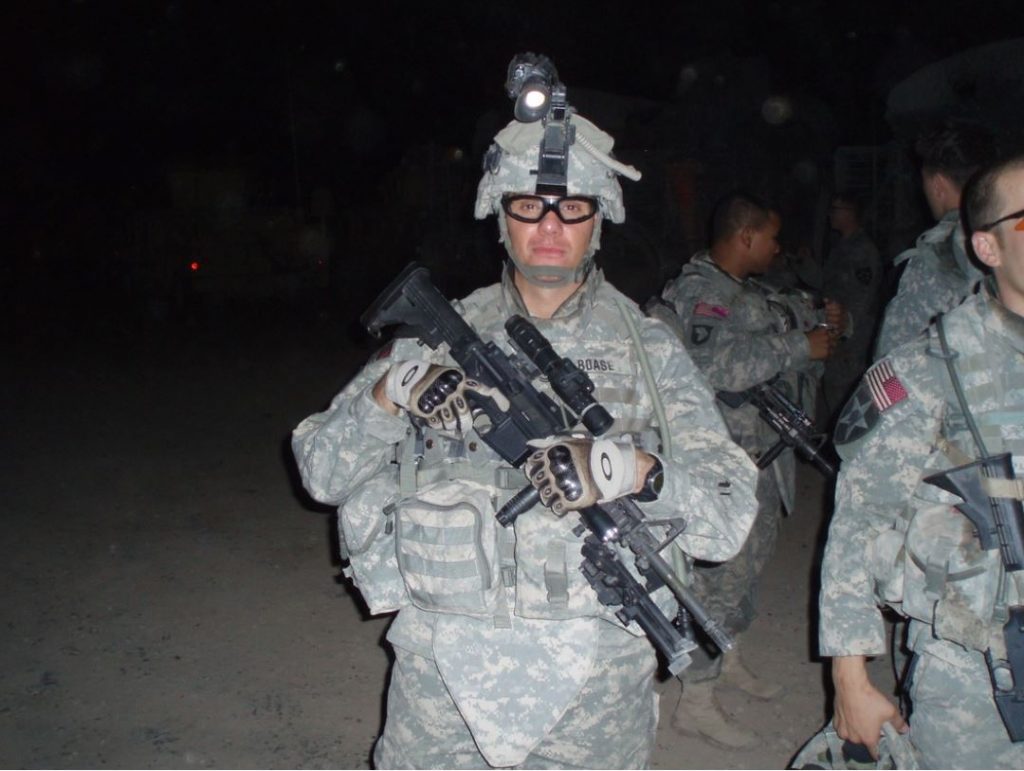 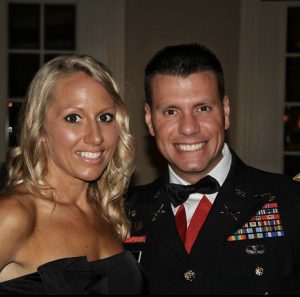 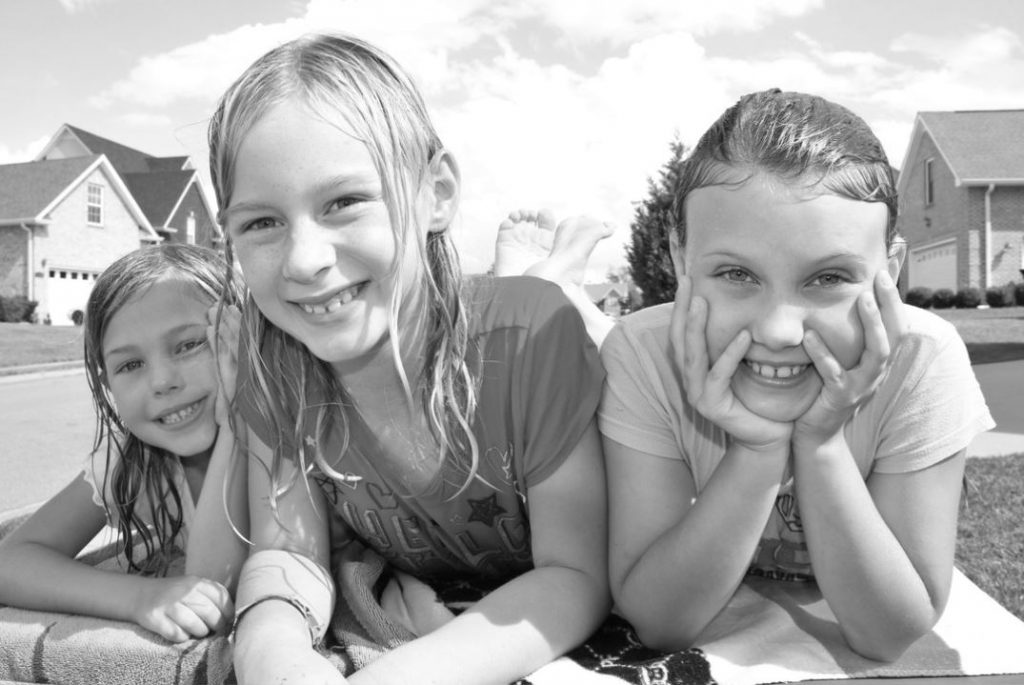 A Shared Passion for Service Turns into a Successful Small Business

Brian was still in the Army but was on the brink of retirement when he and Kristy first founded MIL-SPEC Landscaping. Brian recalls, “I started out just mowing and then talked Kristy into leaving her corporate job…to my surprise, she agreed.”  The company specializes in landscaping and drainage services. Kristy loves landscaping and in her husband’s opinion is “one of the most knowledge people in the country when it comes to anything that grows out of the ground.”

Together, Brian and Kristy understand the needs of military families and the wonderful community of Clarksville that surrounds them. For Brian and Kristy, it’s not just about landscaping. It’s all about providing their clients with the best service, professionalism, honesty, and the peace of mind from knowing that the people providing them service are of the highest caliber. Brian and Kristy have taken the approach that bigger isn’t always better. They are an exclusive 2-person team, and they like it that way. They like to focus on just serving Clarksville and the surrounding areas, together. They state that, “By maintaining a smaller footprint, we are able to provide a much better personal focus than larger organizations. You aren’t just a number to us, you are a member of the MIL-SPEC Landscaping Family.” 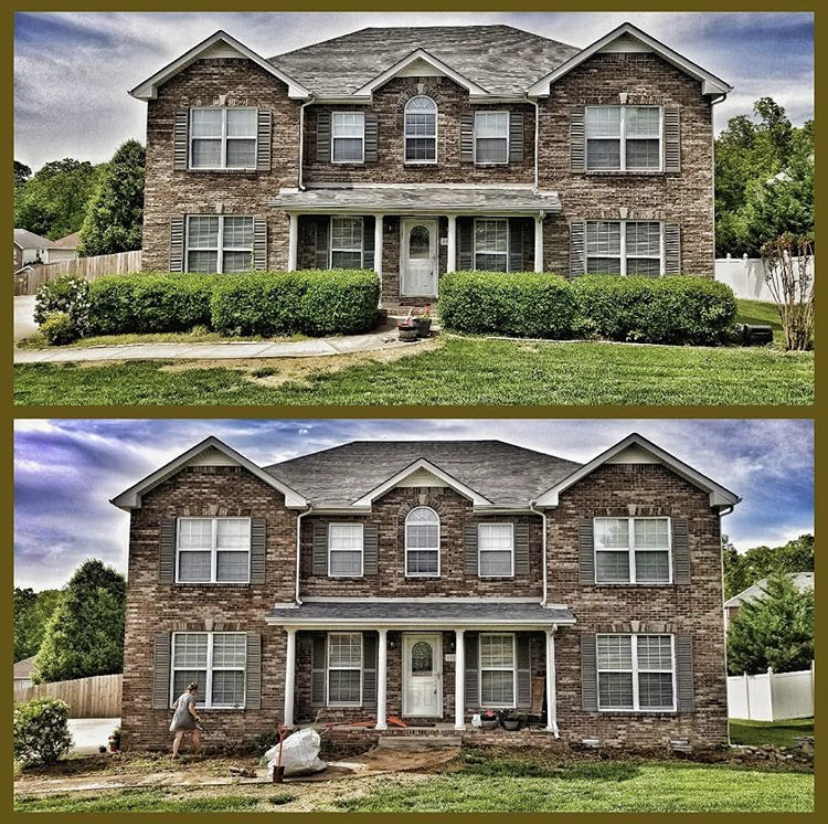 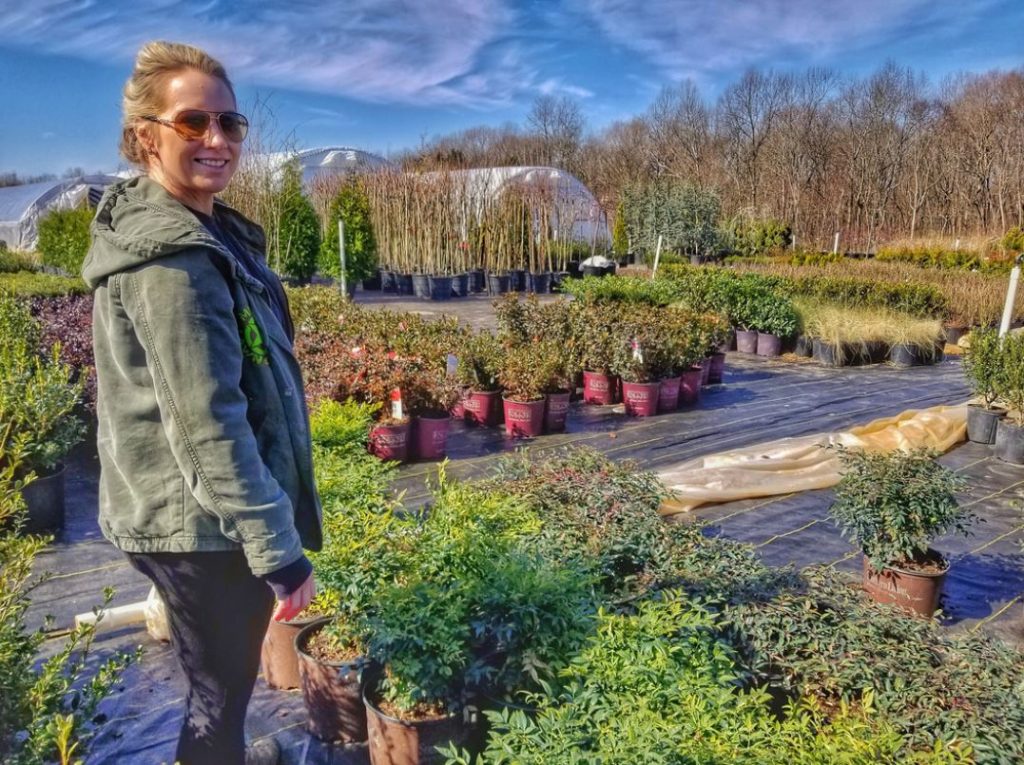 Why Caterpillar Equipment and Why Thompson Machinery?

Brian and Kristy are new Cat equipment owners, purchasing both of their machines just in the past year to meet the growing needs of their small business.  They currently have two Cat machines that they rely on for all of their landscaping work: a Cat 249D Compact Track Loader and a Cat 303E CR Mini Hydraulic Excavator, along with multiple attachments for each. When asked what made purchasing Cat equipment from Thompson Machinery the right choice for their new small business, Brian stated, “This one’s easy… 100% dealer support.  Our sales rep, Stetson Greene from Thompson, provided great technical details about each machine and rather than sell us on the biggest machine, he sold us the right machines for what we needed them to do. I consider us to be dealer loyal before brand loyal—you can have a great brand, but without a great dealer, your ownership experience will be a tragedy.”

Brian went on to say that because they use both of their Cat machines on a daily basis, it’s crucial to have reliable and responsive parts and service support. He says that this is the biggest benefit of their relationship and partnership with Thompson. “Need a part?  It’s usually there the next day, if not in stock. Have an issue with a machine?  A technician is onsite within 24 hours and we’re back up and running again. Any machine downtime just eats away at profits, efficiency, and is ultimately waste—with Thompson’s timeliness, we don’t have to worry about any of that.” 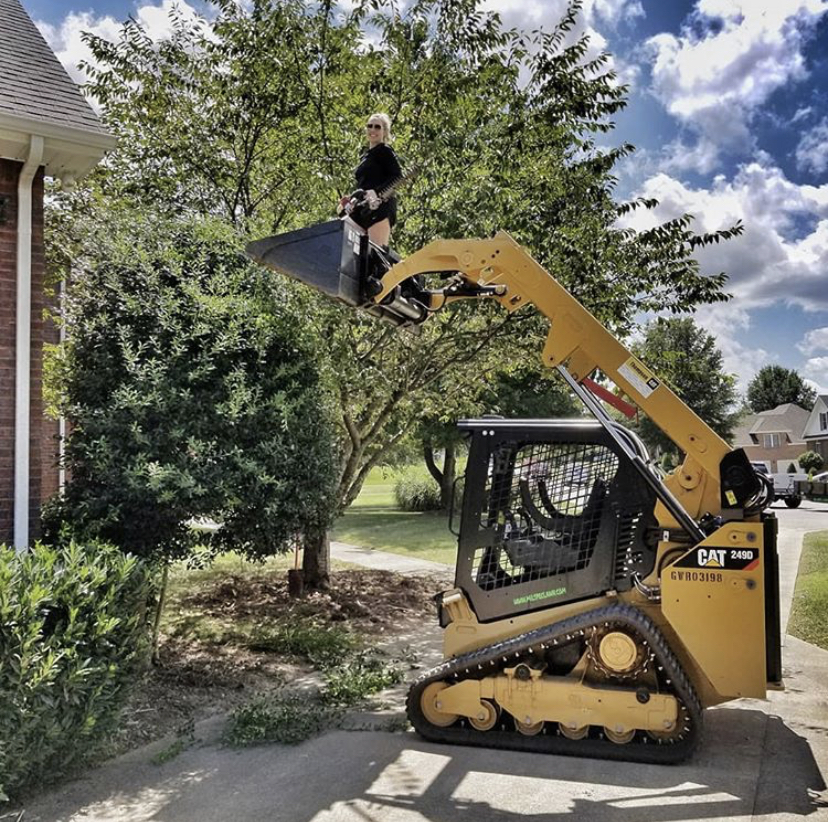 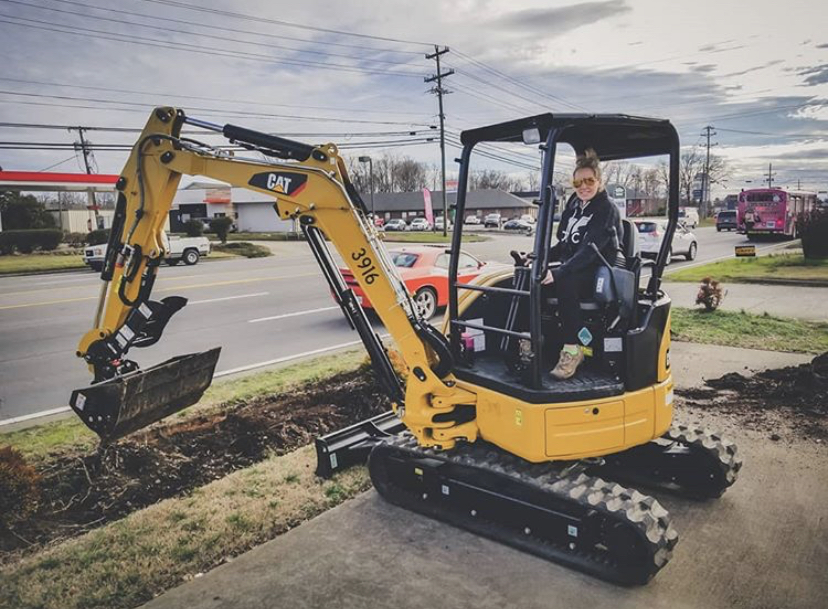 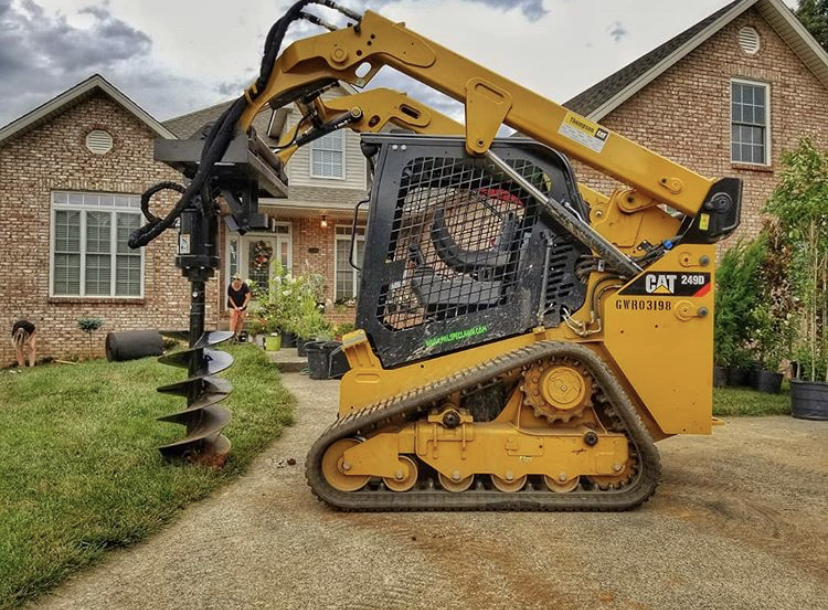 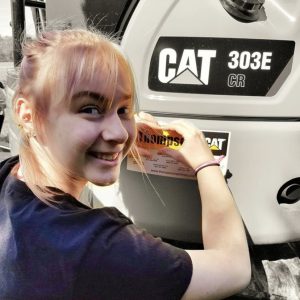 When asked about the philosophy of his business, Brian concluded, “In the big wide world of all things Cat and Thompson, we’re just the little guys—and we like it that way. Bigger isn’t always better. Stick to what you’re passionate about and love what you do. Success doesn’t always have to mean leaving a machine you love to run in order to sit in an office all day. Owning a business is about being true to your core beliefs and providing clients with an exceptional experience.  At MIL-SPEC Landscaping, we treat every home just like we would want our own home to be treated, with great care and respect.”

To stay up to date with the MIL-SPEC landscaping team and all of their  adventures as they work in and around the great community of Clarksville, Tennessee, visit their website at www.milspeclawn.com or follow them on social media @milspeclandscaping . 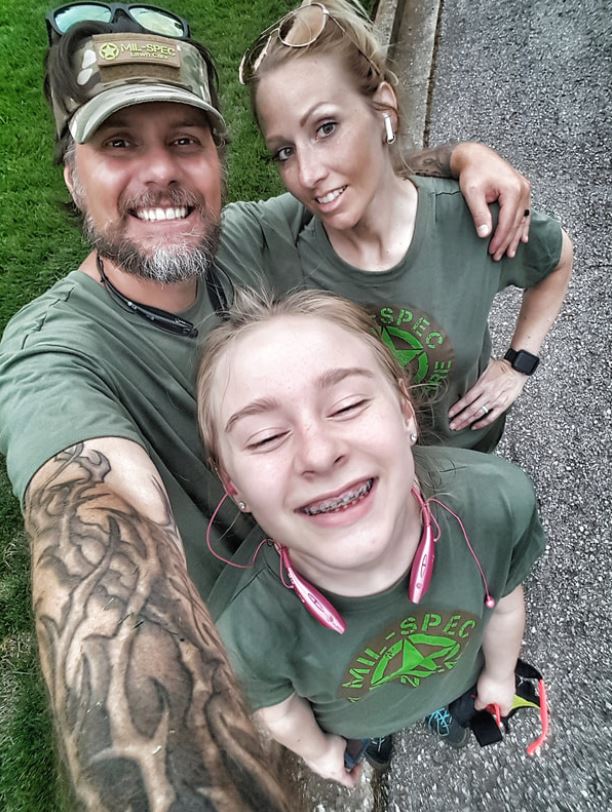 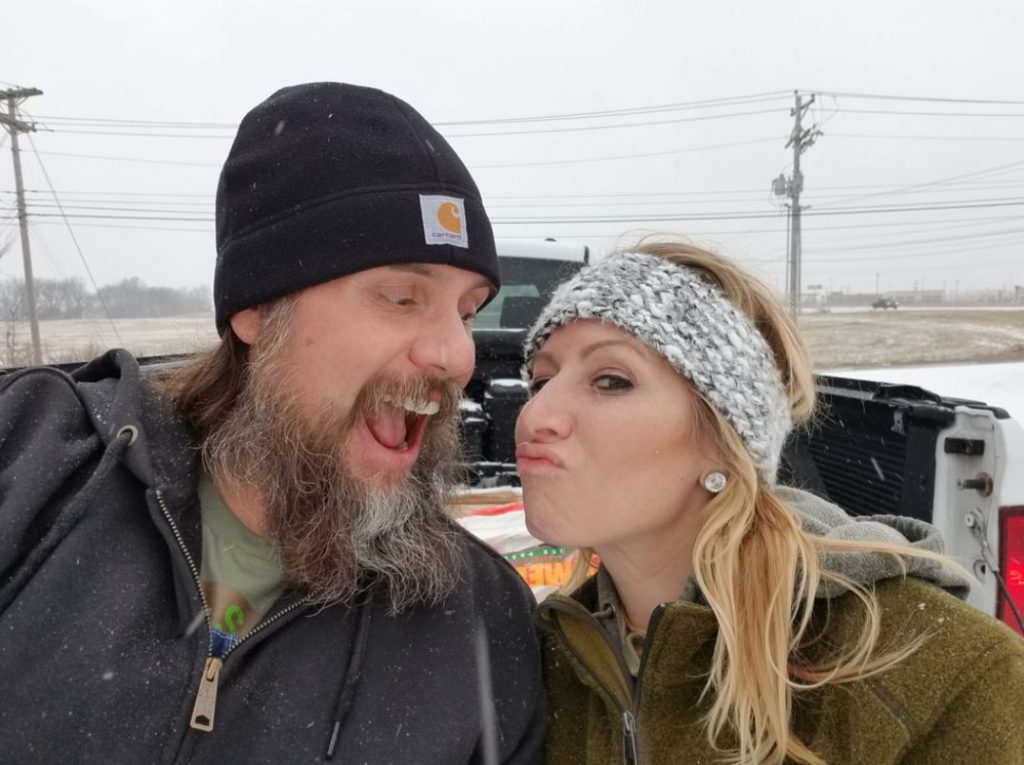