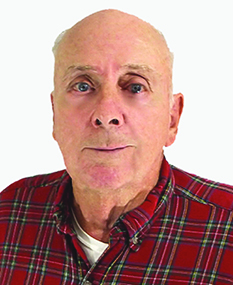 After serving the company for almost 53 years, Milton Chambley, Product Support Sales Representative at our Memphis store, is retiring from Thompson Machinery on October 31st.

Milton proudly served his country in the U.S. Army from 1964 through 1966, stationed in Korea, and joined Taylor Machinery Company (Thompson’s predecessor)  in Memphis only a month after returning to the States in 1966.  He rapidly progressed into Service Shop Mechanic and Master or Field Service Mechanic.  He was recognized as the top technician in the Memphis branch and was offered and accepted a promotion into supervision with responsibility at different times over the Used Equipment, Revenue Shop and Field Service departments, later becoming Service Manager over Memphis service operations.

In 1989 Milton moved into the Parts & Service Sales Representative role for the Shelby County area, working with Thompson customers across the Memphis area to build close relationships and generate new business. For thirty years Milton applied his strong technical and service knowledge and his outstanding customer relations skills into selling Product Support services and parts.

With over a half-century dedicated to his career, and as Thompson Machinery’s longest active service employee, Milton has been a model for all employees for service to the customer, loyalty to the company, and pride in his work.  He has often commented that he never felt that his position was “work” because he does what he loves doing and works with people and customers who are his friends.  Milton is quick to state “I couldn’t imagine doing any other job anywhere else.”  His tremendous work ethic and loyalty to his customers and coworkers will be tough to replace.

Please join us in thanking Milton for his many years of dedication, service and leadership over his 53 year career, and in congratulating him and his wife Diana and their extended family, wishing them all of the best as they move into retirement.