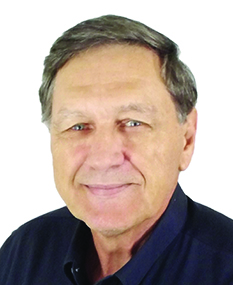 Reggie’s professional career began after graduation from the University of Mississippi where he played football, starting as linebacker and defensive end during the early 1970’s.  In his Senior year Reggie proudly served as team co-captain and was voted by the Ole Miss student body as “Colonel Rebel” or “Mr. Ole Miss”, as was his brother who also played football at Ole Miss ten years earlier.

Raised in West Point, Mississippi, Reggie was a natural fit for customers in all segments of our business (construction, farming, mining, and forestry), and was also instrumental in sales with local and state governmental authorities.  He started his career as an equipment salesman in the Jackson, Mississippi area for Scribner Equipment Company before joining Stribling-Clements in 1977.  As a Territory Sales Representative with Stribling-Clements, he was assigned the newly created sales territory covering Calhoun, Chickasaw, Clay, Monroe and Webster counties in north central Mississippi.  Reggie was instrumental in the company’s growth in the northwest areas of the state, leading to the construction of the Columbus branch to support the Tennessee-Tombigbee Waterway project.  In 1980, he was promoted to the Sales Manager position based in Greenwood, Mississippi.

When Thompson Machinery acquired the Stribling-Clements dealership in 1988, Reggie continued progressing with the company as Area Sales Manager and Mississippi Sales Manager for the North Mississippi Division.  In 1991, when the company consolidated the “North Mississippi Division” and the “West Tennessee Division” into one “West Region”, the company persuaded Reggie and his family to relocate to Memphis, Tennessee to assume the position of West Region Manager, Western Region Sales Manager, and Western Region General Manager.  He was later promoted to Vice President of Thompson Machinery and was responsible for parts, service, and sales throughout both the West and East Regions.  Reggie took on the responsibility for whatever role was best for the long-term interest of the company, and ends his Thompson career as Vice President of Used Machine Sales and Heavy Rental Operations.

He has represented Thompson Machinery with customers and community leaders throughout the territory, always striving to balance the right solution for the customer and for the dealership. His knowledge, passion, and influence helped support our growth and success.  His concern for employees is well known as he routinely travelled out of his way to visit employees at field construction sites, marine docks, landfills and many other customer locations, to check on their well-being or simply to say, “hi”.

Reggie’s has made many contributions in each position held, and has given insightful guidance and mentorship to many of our employees. As Thompson president De Thompson V states, “The lasting relationships Reggie developed and nurtured with customers across the territory have contributed to the company’s success for well over half of our 75 years in business.”

Please join us in congratulating Reggie, his wife Paula, and their entire family as they begin this exciting and well-deserved chapter of their lives.