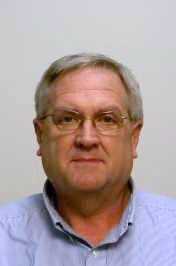 Steve joined Thompson Machinery in January 1990,  where he worked in the Used Equipment Sales department for six years before being named East Division BCP Sales Manager in 1997.  In the Sales Manager position, he played a key role in the early introduction and growth of the BCP Machine and Telehandler business, both of which have become core products within our territory.  His career direction changed in 2000 as he moved from Sales into Service when he was named East Division General Service Manager and later East Division Product Support Manager.

As Product Support Manager, Steve was instrumental in the growth of Thompson’s Certified Rebuild Business in the East Region of the company.  Building on Steve’s breadth of experience and range of contacts in the industry, his career in sales and product support eventually came full circle as he returned to Used Equipment Sales in 2016,  where he again helped the company by managing Large Certified Rebuild sales, as well as overseeing the fast-paced and growing small CCE and BCP used Trade-In business.

We not only want to thank Steve for his loyal service, but also for the many close customer relationships he formed over the years to help Thompson Machinery remain #1 in Customer Satisfaction.  Please join us in wishing Steve and Candice the best retirement has to offer.