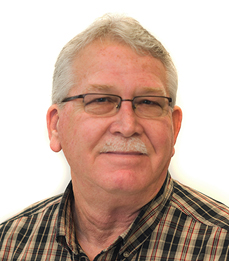 Terry Henry, a 25- year team member with Thompson Machinery, retired from the company at the end of June.

As a Territory Sales Representative in the Memphis/Southwest Tennessee/Northeast Mississippi area, Terry built many strong relationships with customers in the region, and sold a vast number of Cat machines; his hands-on knowledge of equipment has been a real asset to Thompson in establishing our market leadership.

Terry was born in Bolivar, Tennessee, where he still lives. He grew up on his family farm; they raised cattle and row-cropped 2,100 acres. The family also owned five dozers, and did land clearing work in three states. After graduating from Bolivar Central High School, he worked for other prominent equipment dealers before joining Thompson in 1993. Terry and wife Maggie have one daughter and four grandchildren.

He will be missed by his Thompson Machinery family and the many customers that have had the privilege of working with him.  But we may have opportunities to stay in touch … as he plans to spend some of his retirement in the seat of a Cat bulldozer!

Please join us in thanking Terry for his dedication and service to our company, and in wishing him the best on his retirement.