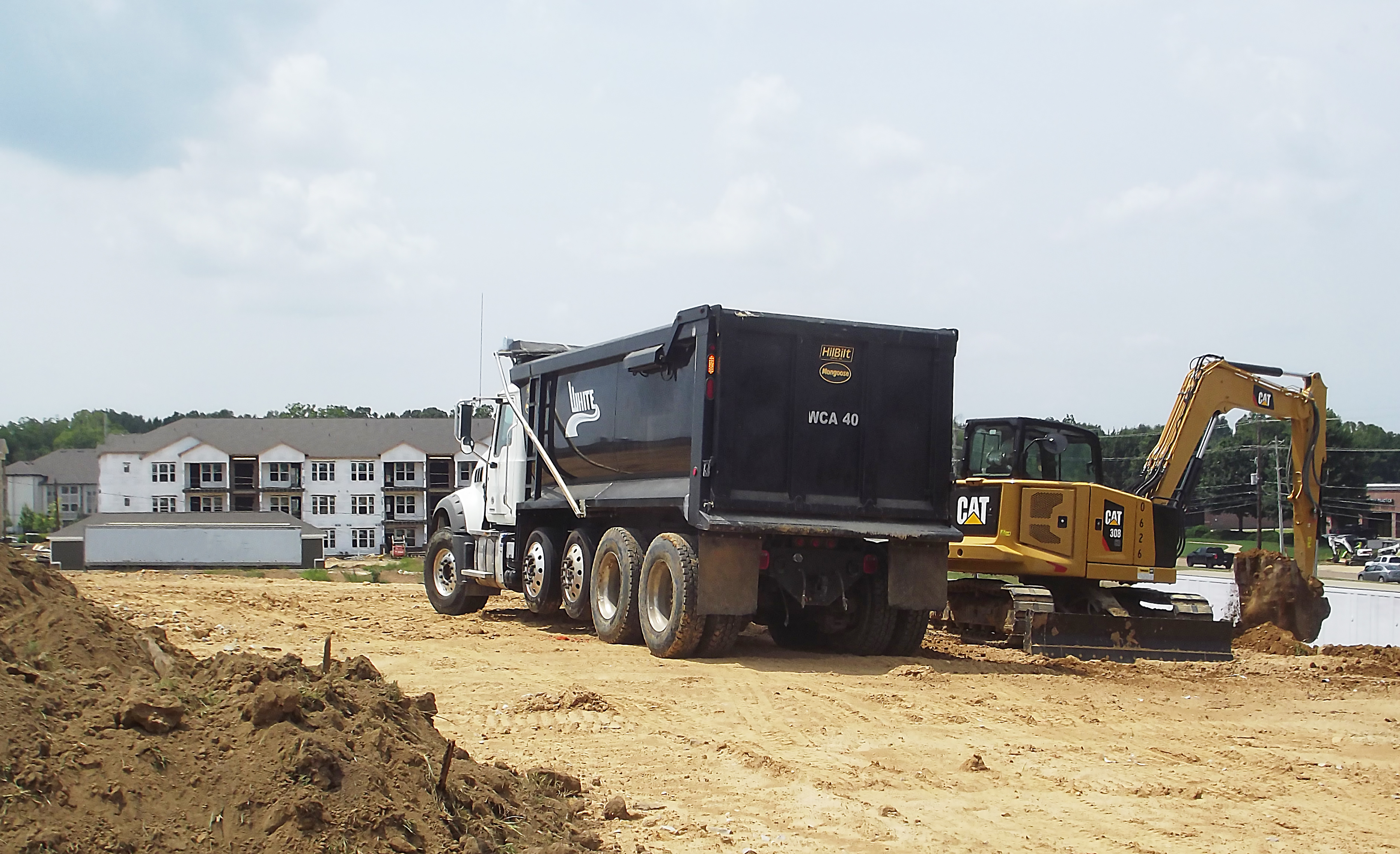 White Construction & Associates, Inc. is building on the White family’s 35-plus years of experience in the construction industry. One of the two divisions of White Corporate (along with Memphis Road Boring, Inc.), the firm specializes in heavy civil construction and design-build projects – including earthwork, roadway construction, municipal utilities, industrial service and maintenance, lake design/remediation, and railroad service & maintenance. White Construction’s offices are in Byhalia, MS just outside Memphis.

The company is the descendant of White Contracting, founded in the 1980s by Charlie White.  His son Chuck White, who today heads the construction operation, relates some of the history of his father and the business. “Charlie came out of Missouri in the 1960s,” he recalls.  “He studied civil engineering and wanted to become a contractor.

“After serving in Vietnam and receiving a degree in Civil Engineering, Dad went to work for an engineering firm, then later changed jobs to work with a contractor located in the same building, before going into business for himself and founding White Contracting in 1985.”

Chuck – born in 1971 and raised in Collierville, Tennessee – says he was always around construction and learned about the trade as he grew up in the industry. “My dad helped me develop skills in business management, field operations and construction management,” he adds.

“I worked summers with the company, and received a degree in Civil Engineering myself, from the University of Memphis. That’s where I met Tommy Sander, who has the same degree. We became good friends, and Tommy later joined our company, working as a surveyor and then as project manager.”

COMPANY TRANSITIONED IN THE 2000s

In the 1990s, White reports, the company began a transition away from the White Contracting identity, in part because of Charlie’s White’s failing health. After the elder White passed away in 2008, Chuck White and Tommy Sander took over the reins of the company. They co-founded White Construction and Associates, Inc. and later purchased Memphis Road Boring, Inc. – a company which had been founded in 1968 by Jimmy Dodson and with whom White Contracting had maintained a long association.

White Construction is also part of the Bill Dance Legacy Lake Team, an alliance which allows them to provide quality lake and property designs to maximize recreational property or development and create the ultimate fishing or hunting experience, White points out. “We also specialize in lake remediation for those who are experiencing seepage and erosion problems associated with existing lakes.”

White says the recession in 2009-2010, right at the time the company restructured, resulted in a good bit of downsizing. “White Contracting had reached around 100 employees, which dropped to 20-25,” he recalls.  “And volume went down 75 percent. We just kept looking to find work and survive the recession. “The boring division helped us diversify into specialty work.

“We have seen the economy in the Memphis area come back in the last few years, and that has really helped us see an increase in volume.  We now have 45 employees between the two companies.”

A WIDE RANGE OF LARGE AND COMPLEX PROJECTS

White Construction works primarily within a 50-mile radius of Memphis, but the company also works some projects beyond this area. Memphis Road Boring takes on projects within a 150-mile radius, often working in Louisiana, Mississippi, and east Arkansas.

Among the company’s large projects:

When asked about particularly challenging projects, White is proud to state that the company has developed a good reputation for doing the tough jobs. “From a constructability standpoint, one challenging job during my dad’s days was a 72-inch interceptor sewer under Covington Pike in Memphis.  The excavation was 25 to 30 feet deep, and we had to de-water the trench excavation to install the proposed sewer, which is pumping approximately 3 million gallons of ground water per day.

“A unique dirt project we did was on Wolf River Boulevard in Collierville. It was adjacent to a sewage treatment plant, and there was a high water table on one section of the road. We had to undercut the roadway and install limestone with geo-grid fabric to support the roadway and traffic loads.”

He adds that a boring division tunneling job on Presidents’ Island in downtown Memphis took two years to complete. “We were dealing with unknown debris, concrete walls, and other obstacles, in an industrial park. The last stretch had to be done by hand.”

A LONG HISTORY WITH CAT EQUIPMENT

The company’s long and strong relationship with Thompson Machinery and Cat dates to the time when his father was starting his business in 1985, White relates. “Charlie needed to buy some equipment but had been turned down by other dealers. However, Taylor Machinery (Thompson’s predecessor company), and Dick Vaughan (well-remembered Taylor and later Thompson sales representative) said okay and sold Dad his first Cat machine.

“After that, when he would meet with other potential equipment vendors, he was always courteous but would remind them that only Cat was willing to take a chance on them early on. At White Contracting’s peak, they were the largest owner of Cat equipment in the Memphis region.”

It was not just Thompson’s support that meant so much to the growing company, White adds. “Cat equipment always had much higher resale value. Plus, the serviceability of the machines and Thompson’s in-stock parts inventory are by far the best in the business – service and parts are critical in our business.

“Due to the durability of the equipment, Cat has been a great investment.”