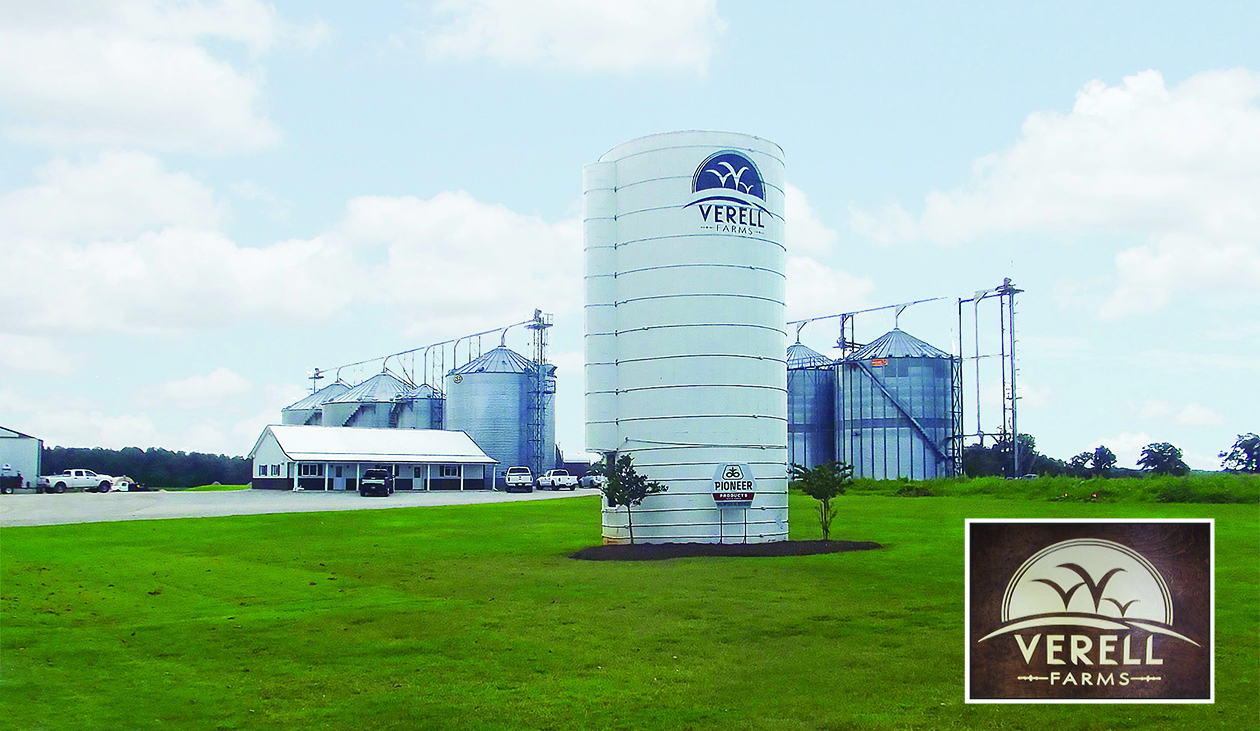 Visit Verell Farms in Jackson, Tennessee on any given day, and you’ll probably find John Verell, Sr. at work on a Cat dozer. He may have recently celebrated his 95th birthday, and the farm is now run by his son and grandson, but the senior Verell is still a very active member of the family business.

Farming is certainly in the family’s blood – Verell’s father was a World War 1 veteran who went into farming (cotton and corn) when he came home to Houston, MS after the war. Verell, who was born in Houston and finished high school there, recalls, “I started helping on my father’s farm as soon as I was big enough to plow with mules.

“I always loved farming, but there was limited opportunity in Houston area. My uncle, Graydon Verell, was managing a farm operation in West Memphis, Arkansas; when he was promoted to a larger farm in the Horseshoe Lake area, I spent the summers working there. Later on, when a plantation in West Memphis was looking for someone to manage their operation, my uncle recommended me for the job, and I ran that farm for three years.”

When his uncle started a farming operation of his own, Verell went to work with him.  It was during this time that he met his future wife, Carolyn – they were married in Hughes, AR. They have been married for 71 years, and now have two grandchildren and two great-grandchildren.

After he had worked with his uncle for four years, Verell happened to meet a manager from Memphis Packing Company while fishing, and actually saved the man from drowning. He gratefully told Verell to let him know if he could ever help him.

“There came a point where I decided I wanted a change”, Verell relates. “So, I called him, and went to work in the meat packing industry for the next twelve years. But my heart was never really in it.

“My wife’s sister owned farming land in the Jackson area, and I went into farming there with my brother-in-law in 1961. We farmed together for two years, then he sold out to me – I’ve been on my own ever since.”

GROWTH AND CHANGE OVER SEVEN DECADES
Today, Verell Farms is managed by Verell’s son John, Jr. (Allen) and grandson John III (Johnny). Johnny basically runs the business side of the operation, including buying seed and selling commodities, while Allen is responsible for the equipment.

“Allen didn’t want to go to college,” Verell recalls. “He was farming the family land since he was big enough to drive a tractor. Johnny went to Jackson State University, where he studied Precision Agriculture, and later Murray State University, where he studied Agronomy. He worked some of the land on his own even while he was in school; he joined the operation full-time in 2005.”

In 2018, Johnny Verell was selected as the Tennessee state winner of the Sweets/Sunbelt Expo Southeastern Farmer of the Year award. He has also been a state winner in yield contests of the National Corn Growers Association.

Reflecting on how the family farm has grown and evolved over the last seven decades, Verell comments, “We worked other people’s land and started buying land from some of them as they decided to get out of the business. At one time we were very big in cotton – until about twenty years ago. We got out of it partly because the high cost and limited capabilities of cotton equipment. Now we grow corn, soybeans, and wheat. Johnny also got into the seed business last year; we buy so much anyway that it made sense.”

The farm has eight employees, including truck drivers. It now encompasses over 8,000 acres, and Verell reports that they are looking to buy more land. Currently, a massive new dryer is being constructed on the property.

OLDER AND NEWER CAT MACHINES STAY BUSY ON THE FARM
Verell reports that the farm buys new equipment every year, including tractors, combines, and sprayers, and trades in old machines. His Cat equipment includes two veteran machines which are still in regular use – a Model 12 Motor Grader which is used to build base roads and terraces, and a D6C Dozer (which Verell bought from another farmer) that is used for heavy pushing.

A 289C Multi Terrain Loader is used daily for jobs ranging from carrying to mulching. Verell’s pride and joy is his D6K Dozer, which he bought as his 90th birthday present. “It pushes a lot of dirt, sometimes along with our D6C. It has the Cat GRADE technology on it, which helps a lot with grading jobs.  Johnny operates the D6K some; he loves the laser technology.”

He adds, “The dealer support we get from Thompson Machinery is a big factor in our machine purchases. We use Thompson’s field service and have them do all our Customer Support Agreement service intervals. And we rely on them for good, quick parts.”

MOTIVATED BY HIS LOVE OF FARMING
John Verell, Sr. says his love of farming motivates him every day. “I get up early each morning and do whatever jobs come up and need to be done, especially dozer projects. I follow a simple philosophy. Number one, work hard. Number two, mind your own business.

“I respect my son and grandson, and they respect me.  I love to be around them, and that’s why I’m still working.”